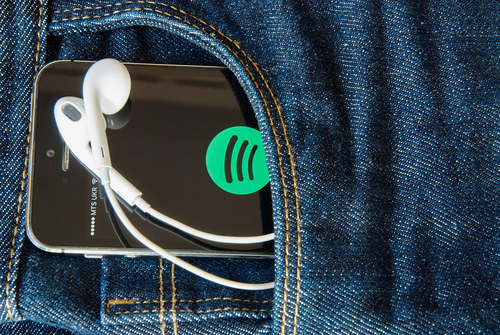 Spotify unveiled updates to its mobile app for iOS devices, designed to simplify the user experience by making the service more adaptive and easier to navigate.

The Sweden-based company announced the changes in a statement, adding they would affect subscribers who use the music streaming service for free and those who pay for a premium version.

Spotify claimed the updates aimed to deliver “a more streamlined, easy-to-use interface with fresh designs to actionable icons that will make playing your favourite song or playlist as simple as the tap of a button”.

Among the features is a simplification of the action menu, which now groups the buttons for playing, downloading and adding a song to users’ list of favourites in a row at the central part of the device screen.

The company argued the move would let iOS users complete these actions using only one hand, stating the experience is “much more adaptive and responds to the size of your device”.

Another update targets simpler navigation through the app by displaying a song’s cover art and highlighting tunes users have already added to their favourites by showing a heart icon next to the title.

The company said it also changed the shuffle-mode button, claiming it was now simpler and “more universal”.