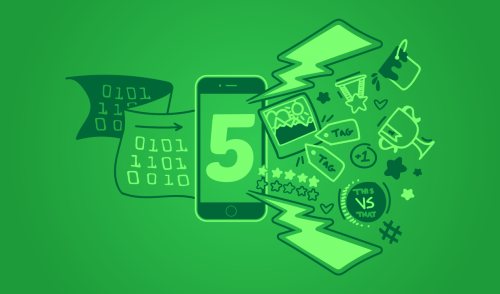 Spare5, the company behind an app which generates insights for businesses by paying users to complete “micro-tasks” in their spare time, announced a $10 million funding round.

Spare5 plans to use the money to grow its engineering, design, marketing, community management and customer relationship capabilities. Backers in the Series A round, led by Foundry Group, include Madrona Venture Group and New Enterprise Associates.

According to the company, more than 160 million Americans spend nearly five hours on their smartphones every day, and it uses this to the advantage of businesses like e-commerce companies and organisations with rich digital content needs.

Companies can also survey users, known as “fives”, about topics like products and pricing.

According to CEO and co-founder Matt Bencke: “We’re supporting a ‘do it when I want economy.’ Fives can choose when and where they want to contribute. They can exercise their minds, have fun, and make a bit of money whenever they feel like it—all in moments that would otherwise be frittered away.”

Getty Images CTO Steve Heck explained that “Spare5 allows us to improve the quality of our metadata without having to spend valuable resources training or outsourcing.”

The company was founded in October 2014 and raised $3.25 million in November from the same group of investors behind the recently announced funding.