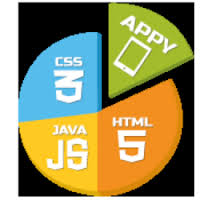 Apps are “built as a single page application, making the entire creation process fast and code-free,” the company said in a statement.

The latest version is expected to attract new users as well as encourage existing users to improve the designs of their apps.

There is an option to create an app for free which includes ads, while the no ad packages range from $7 a month to $33 a month per app. The latter supports five platforms – iOS, Android, BlackBerry, Windows and Amazon – and allows users to remove Appy Pie’s branding.

CEO and founder Abhinav Girdhar told Mobile World Live he built Appy Pie out of his web and app development company after receiving repeated requests from clients for help with low-cost application development.

“In the last few months, we have seen a big increase in the number of users asking us for style and navigation-level customisations so we have been working really hard to incorporate these changes and, at the same time, make Snappy fly. I think with this release, we have fulfilled our clients’ expectations,” he said.

He believes the product is as easy to use as content management systems like WordPress and believes no technical knowledge is required: “We have kids as young as 10 years creating apps on our platform”.

The app is particularly targeted at the growing needs of small and medium-sized businesses such as restaurants and salons but use cases also include radio stations and churches.

“At the end of the day, the mobile apps they create using our platform are what help us stand out from the crowd,” said Girdhar.

Although other builders exist and are considered competition by him, such as Appmakr, BuildFire and GoodBarber, Girdhar believes Snappy is the fastest app creator in the market, allowing users to “create custom apps by simple drag and drop actions” as well as incorporating in-app analytics, geo push notifications and augmented reality.

In addition to Snappy, Appy Pie is working on a game builder and plans to launch Appy Push for sending notifications.

Blog: The hype around chatbots