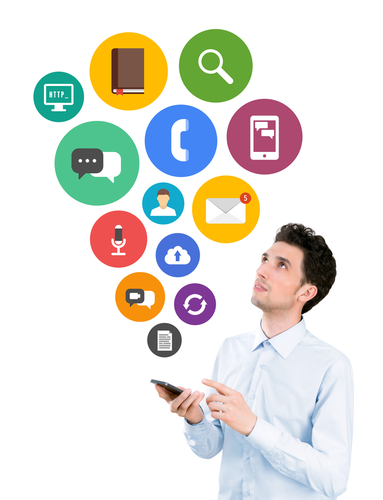 Communication and social media, and entertainment categories are dominating UK rankings of time spent in apps, leaving other categories “fighting over the scraps,” according to a study by consumer behaviour insights company Verto Analytics.

CEO Hannu Verkasalo said the sector is a “clogged pipe” with the average person downloading 90 apps, but using only eight of them on a daily basis.

He explained the typical app only retains 5 per cent to 10 per cent of users after 30 days.

“Getting people to download your app is only about 10 per cent of the battle; app creators and the brands that advertise on them are under increasing pressure to be one of those crucial eight and stay there,” he said. 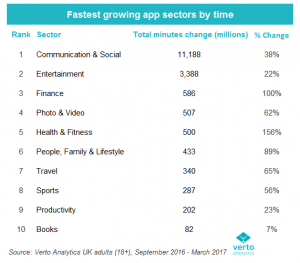 After examining the habits of around 5,000 adults in the UK, the study found users spent 11.2 billion more minutes in social apps in March 2017 than in September 2016, an increase of 38 per cent over the six months (see image, click to enlarge).

This made it the fastest growing app category, accounting for 44 per cent of total time spent in apps at end March 2017.

The entertainment category registered the next biggest increase, up 3.4 billion minutes to account for over one in every five minutes spent in apps.

However, games, traditionally very popular apps, saw declined 16 per cent, or 2.4 billion minutes, during the period and their share of total app time dropped from 18 per cent to 13 per cent (see image below, click to enlarge). 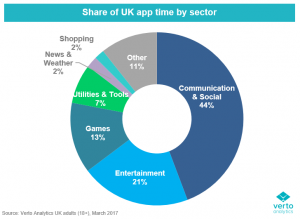 “The total app time is becoming dominated by just a few sectors, with the top three categories accounting for 78 per cent of all mobile app time spent”, said Verkasalo.

He explained the market is set to become even more competitive, as app downloads are “plateauing” and there is a rise of “hub apps,” where people do more tasks within one app – such as messaging, shopping or ordering a taxi.

Games may be being substituted by new offerings across the entertainment category, he said.

Messaging apps including Facebook Messenger, Telegram and Line are prime examples of this. Messenger, for instance, offers Instant Games while Line allows users to pay their utility bills.

Meanwhile the finance, photo and video, and health and fitness categories are growing fast, each seeing a rise of more than half a billion minutes a month.