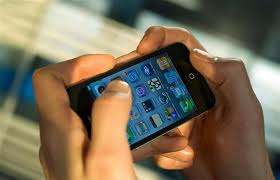 Developers need to work on building apps that have a “long-term shelf life” to ensure their survival, said a new study by Verto Analytics, which added that Android users delete nearly 89 per cent of downloaded apps while Apple users remove around 82 per cent (click to enlarge picture below).

The study reveals that word of mouth is a key driver in convincing people to try a new app, although the immediate need for a specific feature and simply being drawn to the icon are also factors.

Games are by far the most popular category but also have the highest de-installation rate, “which suggests many users who download games either beat or lose interest in their installed games”.

All users tend to download highly interactive apps such as gaming, social networking or shopping ones.

In Q1 2015, the average number of downloads in nearly every app category was dominated by Android users. The only category where iOS app downloads exceeded Android was productivity, and that too only by 0.22 downloads.

Users tend to update social networking and lifestyle apps more often than any others, the study says, while medical apps have a 40 per cent retention rate – higher than all other app categories. Weather and game apps have the lowest retention rate, both under 10 per cent.

Another recent study has said that app providers need to focus their development, marketing and branding “more intensely toward retention strategies”, as the market matures and users become comfortable with current usage levels.

Developers who do this can expect to reap the benefits: annual revenue from apps is expected to reach $99 billion by 2019, according to one estimate.