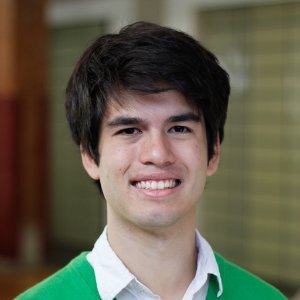 Bots are trying to address the issue of app fatigue, but they are not yet technically advanced enough to make a real contribution to the problem, the CEO of mobile analytics platform provider Amplitude told Mobile World Live.

However, Spenser Skates (pictured) believes the tech will get better with time.

“People are tired of installing apps for every interaction with every service and bots are creating a way to eliminate this process, to make conversation fluid and seamless,” he explained.

But current bots do not have the ability to understand all of the requests and commands that humans make. “In their current state, they are at best order takers, they can answer common questions and tell you about the weather,” he said.

Whether it is a question, request to purchase, or intent to make a reservation, bots “notoriously” have issues deciphering the actual request that is being made. Skates believes they need to improve if they will be a main point of contact for users, replacing the human interaction.

“It’s a great concept, but one that needs refinement if it will become the norm.”

Bots need to understand the intent of the user making the request rather than the request itself, and this will be the next phase of development for bots if they are going to be part of our everyday lives, he said.

Teething troubles
Another issue was that early on, in their text incarnation, bots would crash or go offline due to high demand or translation time. However, in the last 15 months, this has been drastically reduced, as machine learning has enabled bots to process information more quickly.

He believes that with Facebook and Microsoft announcing they are going to partner with and promote bot developers, the tech is likely to improve, although “it’ll take plenty more iterations before there are more proven technologies that use bots effectively”.

Bringing value
Another issue is people don’t yet understand if bots are going to bring any real value to their customers. “When you’re dealing with limited time and resources, it doesn’t make sense to prioritise something that you’re not sure will improve your users’ experience,” said Skates.

His firm asked executives, managers, and developers, and an overwhelming majority said bots are not making the impact for users that many industry pundits have been predicting.

In fact, 88 per cent of respondents did not have bots added into their apps/services and 83 per cent had no plans to do so in 2016. Meanwhile, 72 per cent said they are unclear what value bots will bring to their customers.

As for which type of apps are best suited for bots, he said: “Definitely any kind of messaging product. There’s opportunity in messaging apps to build all kinds of bots – chat bots, ecommerce bots, content bots, etc – which mean consumers can drastically cut down on the number of physical apps they need to navigate.

Bots for Facebook
Amplitude’s survey also found that of those who do plan to add bots into their app or services, many are planning to use Facebook as their main development platform.

“Facebook is the more popular choice of the platform for one simple reason; its Messenger has over 900 million monthly active users,” according to Skates.

“This the type of scale that a bot launched on the platform could be able to access. Thus, the scale is the key reason for this decision. The other platforms that I would recommend are Slack if you are looking to have a more B2B bot vs. consumer facing bot,” he said.

“Slack recently announced it wanted to be the ‘browser and command line for the enterprise’; I think we’ll see more and more apps becoming mini operating systems, with bots operating within them, reducing the clutter of having too many apps,” he added.

Developer advice
When asked what advice he had for developers of bots, Skates said the same he would to a developer of any kind: make sure you have the means to understand how users are interacting with your product.

However, the engagement metrics that are important to a bot developer will probably be different from the metrics you’d care about if you were an app developer.

“Once you collect and analyse this user behaviour data, you should also have a solid framework in place to iterate quickly on those insights, so that your bot is more robust,” he said.

Don’t make bots just because they are trendy, say experts