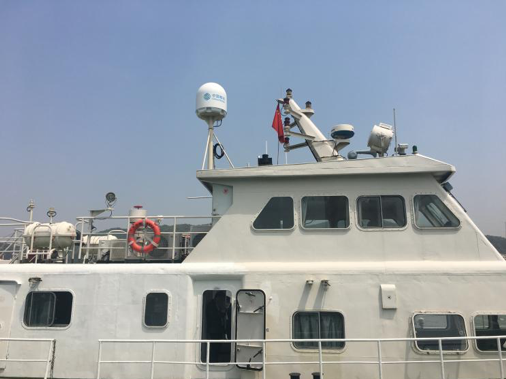 The marine broadband satellite solution “Heweitong” can effectively solve the common problems of marine communication, such as poor coverage, slow data rate, and high cost, thereby enabling people at sea to communicate and access the Internet in a stable and timely manner. Furthermore, it only requires a mobile App on users’ smartphones to make phone calls and surf the internet.

In 2015, ZTE and Zhejiang Branch of China Mobile launched the verification, R&D, and testing of the marine broadband satellite solution, and carried out a complete marine trial. More than 50 ships and nearly 300 users in the Bohai Sea, the East China Sea and the South China Sea participated in the communication experience. It turns out that the stability, reliability and security of the system have been highly recognized by users.

In addition to the marine satellite broadband system, ZTE will continue to innovate with China Mobile to provide marine users with services of higher speed, lower cost and better user experiences. By further extending application scenarios to aviation, forests, high-speed rail and desert, ZTE and China Mobile will be committed to realizing the vision of “Effective Communication with Ubiquitous Connection” through the construction of the integrated space, sky and earth communication solution.