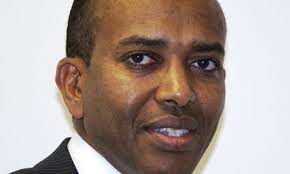 The CEO of the UK mobile remittance firm that has raised one of the largest ever Series A rounds in Europe has told Mobile World Live that the sector is being driven by the growing number of users, particularly in Africa, who receive payments on their mobile handsets, as well as a broad shift from offline to online remittances.

“The these two trends show the huge opportunity in this space,” said Ismail Ahmed (pictured), founder and CEO of WorldRemit, which has closed a $40 million investment from Accel Partners.

Users sending cash can use the firm’s online platform, also accessible via smarpthone or tablet, to send payment by debit or credit cards or bank transfer. Recipients can receive funds via bank deposit, transfer to mobile phones, airtime top-up or cash pick up.

But it is transfer to mobile phones and airtime top-up that is growing fast, said Ahmed. He estimates that half of transfers to Africa are going to mobile handsets, either as transfers or airtime credits.

The market, which is essentially about taking market share from traditional players led by Western Union and Moneygram, is also drawing many other online and mobile remittance players.

For instance, rival Azimo announced a $10 million funding round earlier this week, earmarked for further geographic expansion that will bring it into competition with WorldRemit.

Ahmed said WorldRemit stands out from rivals because it offers more ways for customers to receive money. It is also present in more countries – both sending and receiving – than other online players in the remittance market.

He said the proceeds from this week’s fundraising will go towards more expansion, as well as launching new services such as bill payment.

On the former point, he reiterates the change in behaviour from users collecting remittances in cash to accepting mobile transfers.

On one route between two countries, there is a jump from 100 per cent pickup being in cash to 100 per cent being via mobile, said Ahmed. “That is the kind of shift we have seen,” he said.