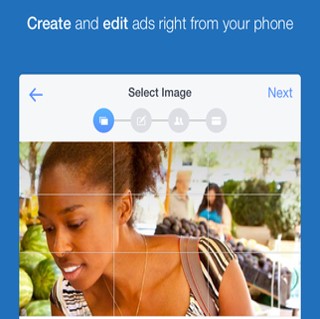 Facebook launched an ‘Ads Manager’ app to enable marketers and business owners to manage Facebook campaigns on the go.

The company said that the number of active advertisers on the social media site has hit 2 million – 33 percent more than it had in July last year.

It already has an ads manager mobile website, which is used by over 800,000 advertisers each month.

Features of the new app include being able to create new ads, track performance and edit existing ads as well as budgets and schedules.

Users will also receive push notifications so they know when ads are about to end, how they’re performing and when spending limit is about to be reached.

The app is available for iOS and an Android version is expected later in the year.