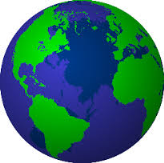 NEW ANALYSIS: ‘Digital pioneers’ are seeing a positive impact from 4G but Europe is still struggling, says a new report from GSMA Intelligence.

The rapid migration towards 4G-LTE in the world’s most advanced mobile markets is driving a surge in data usage, with 4G users typically consuming twice as much data per month as other users. However, while the introduction of 4G has led to an uplift in ARPU in some instances, the impact on revenue varies widely depending on the market.

As the only major market to have reached 100 per cent 4G population coverage, South Korea is the world’s most advanced 4G market, with penetration as a percentage of total connections passing the 50 per cent mark in Q4 2013. This compares to around a quarter 4G user penetration in Japan and the US.

Market-leader SK Telecom’s average monthly data consumption per user has risen significantly since the launch of its 4G network in H2 2011. The average monthly data consumption of its 4G users approximately doubled between Q4 2011 and Q1 2013, rising from 1.1 GB to 2.1 GB, while data usage via HSPA remained flat. This means that the operator’s total 3G/4G data traffic almost doubled in the space of 15 months, despite only a 2 per cent growth in total connections.

With such extensive 4G coverage available in the country, users in South Korea have also begun to eschew Wi-Fi networks – continuing to use 4G even when Wi-Fi is available – to maintain the consistency of their experience, especially when the 4G network provides a faster download/upload speed than a Wi-Fi service.

Although this trend is putting increasing strain on their networks, South Korean operators are generating significantly increased revenue from their 4G customers. At KRW46,000 ($43), SK Telecom’s 4G ARPU in Q3 2013 was around 32 per cent higher than its blended ARPU, with the operator noting that more than 70 per cent of new and upgrading 4G customers were opting for its higher-priced tariffs. Meanwhile, rival KT’s 4G ARPU of KRW44,000 ($42) was more than 40 per cent higher than blended ARPU.

Operators in the US are seeing similar trends. In October 2013, Verizon Wireless – the largest 4G operator globally with 36 million 4G connections in Q3 2013 – announced that those 38 per cent of its retail customers connected to its 4G network were responsible for 64 per cent of its total data traffic. The operator’s Q3 2013 ARPA (average revenue per account) was up 7.1 per cent on a year earlier, and has increased by 21 per cent since the launch of its 4G network in Q4 2010. Similarly, Cricket Communications CEO Jerry Elliot said in August 2013 that its “usage from a 4G customer is about twice that what it is for a 3G customer.” The operator’s ARPU was up 8.4 per cent year-on-year to reach $45.45 in Q3 2013.

In regions such as Europe the migration towards 4G is at a significantly earlier stage. This means that, while they have reported similar trends in terms of data consumption, operators in these regions are not yet seeing the same positive impact on revenue from 4G as witnessed in ‘digital pioneer’ markets such as South Korea, the US and Japan.

For example, in Q1 2013, Vodafone reported that average monthly data usage for its 4G smartphone users in Europe was 640 MB, approximately twice that for a 3G smartphone (350 MB) and roughly the same as a tablet operating on 3G. In Germany, Vodafone’s rival O2 said in Q3 that monthly average data consumption by smartphones using 4G services was three times that of non-4G smartphones.

This is a fairly modest increase compared to EE’s counterparts in South Korea and the US, but one which would surely be welcomed across the channel in France, where the expected ARPU uplift from 4G has evaporated for the three largest operators after low-cost rival Free Mobile introduced a 4G offering at no additional charge to its existing 3G service. This month, Orange France was forced to cut its lowest 4G tariff to €24.99 ($33.99) per month (via its SoSh low-cost unit), to ward off competition from Free, which offers 4G plans starting at just €19.99 ($27.19) per month. Similarly, second-placed French operator SFR has dropped its entry-level 4G tariff to €25.99 ($35.35) per month.

But France isn’t the only market where an operator has chosen to offer 4G services without charging a premium. For example, 3UK, which switched on 4G last month, is allowing customers to migrate without switching from their 3G contracts and will continue to offer unlimited data allowances. Telefonica Movistar – the market leader in Spain – is also offering 4G at the same price as 3G alongside a host of other incentives. 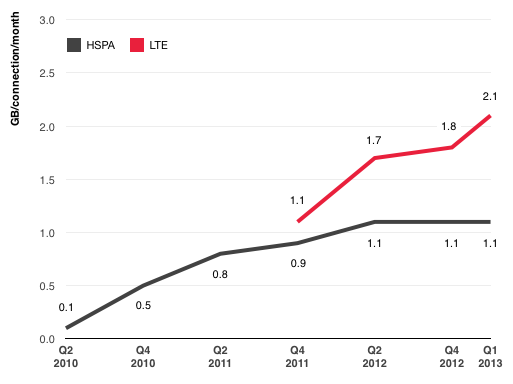 Tapping into the telecoms tower opportunity