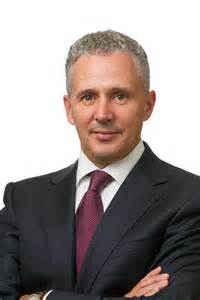 Telstra named CFO Andrew Penn (pictured) to replace David Thodey as CEO, who announced his retirement after six years at the helm of Australia’s incumbent operator.

51-year-old Penn will take over the CEO role in May, although Thodey (60) will assist with the transition until the end of Telstra’s financial year (end-June) and “remain available to the business” until late August.

Penn joined Telstra in March 2012 as CFO, adding Group Executive International to his responsibilities in May 2014.

Before joining Telstra, Penn was with AXA Asia Pacific – a finance firm – for 20 years, where he held various roles, including Group Chief Executive.

“[Penn] is a seasoned executive in global markets with proven capability to lead organisations through significant transitions and major expansion,” Telstra chairman Catherine Livingstone said in a statement.

Long-term Telstra shareholders will no doubt view Thodey as a success, presiding over a more-than doubling of Telstra’s share price during his time in the top role.

News of Thodey’s impending departure comes on the heels of an impressive financial performance over the six months to end-December, posting record profits as it expanded its 4G user base and strengthened ARPU.

Investors, report Dow Jones, flag up what Penn might do with the cash pile it inherited three years ago when it agreed to sell its fixed-line infrastructure progressively to the Australian government for AUD11 billion ($7.6 billion) to help build a national broadband network.

Penn indicated, however, there would be no dramatic change of tack, with acquisitions abroad – particularly in Asia – still apparently on the cards to offset fewer growth opportunities at home due to stiffer competition.

“As we look to expand into the future, the international arena will be an important source of growth for us,” Penn told reporters on a conference call, quoted by Dow Jones. “You should expect no substantial change to our direction.”