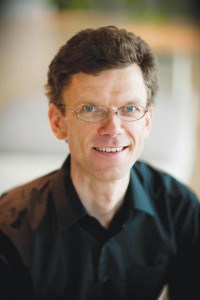 Telenor Myanmar launched mobile service in Yangon on Sunday, after a two-week delay, and claims to have “released” one million SIMs in the capital in just one day.

In the middle of the month the operator said it had to delay introducing service in Yangon until the end of October to give it more time to optimise its network across the country’s largest city with 2.5 million people. The company said it faced difficulties rolling out the network during the rainy season and has faced delays processing approvals for cell towers.

The company officially launched service in the country’s second-largest city of Mandalay on 27 September and coverage in Nay Pyi Taw followed about a week later.

Telenor Myanmar CEO Petter Furberg (pictured) said in a statement it already had one million SIM cards in circulation in Mandalay and Nay Pyi Taw, prior to the additional one million launched in Yangon. “Our next step is to start expanding our network into the rural areas to reach the mass market of this vast greenfield,” said Furberg.

The company has committed to covering 90 per cent of the country within five years.

SIM cards are priced at MMK1,500 ($1.50) and are available with top-up cards at all points of sale. Customers can call international numbers and roam when traveling abroad. Calls to any number in Myanmar will cost MMK25 per minute.

Rival Ooredoo was the first to launch new mobile services in Myanmar back in August.