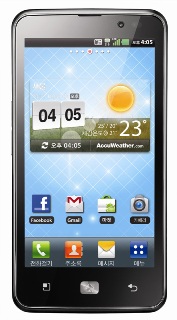 LG Electronics announced a return to profit for its mobile business, as the company (finally) benefited from growth in smartphones and earlier cost cutting measures.

The return to the black comes after seven quarters of losses – LG last reported a profit from its mobile business for the first three months of 2010. While the company had remained a top five handset vendor in shipment terms during this period, it has struggled to capitalise on growth in the smartphone market, with its volume instead coming from its mass market terminals.

Although shipment volumes declined over the previous quarter (to 17.7 million units), revenue increased due to an improved performance in the smartphone sector. It noted an improved product mix, with “strong premium smartphone sales from the Optimus LTE (pictured) and solid sales growth from existing smartphone models.”

For the coming year, the company intends to “strengthen its position in the handset business and improve profitability by focusing on strategic markets.” Unsurprisingly, this includes an emphasis on smartphones, “especially on LTE.”

Earlier this month, LG said it had sold more than one million of its Optimus LTE smartphones. The device is available in South Korea, Canada, Japan and the US.

In its handset business, the company reported an operating profit for the quarter of KRW10 billion (US$8.9 million), compared with a prior year loss of KRW262 billion, on revenue of KRW2.7 trillion, down 19 percent year-on-year from KRW3.3 trillion.

For the full year, the handset division reported an operating loss of KRW286 billion, on revenue of KRW11.4 trillion, down 10.7 percent.

The mobile communications unit as a whole saw a fourth quarter operating profit of KRW12 billion, compared with a loss of KRW261 billion in the comparable period, on revenue of KRW2.8 trillion, down 17.9 percent from KRW3.4 trillion.

For the full year, the mobile communications unit reported a loss of KRW281 billion, on revenue of KRW11.7 trillion, down 9.9 percent.