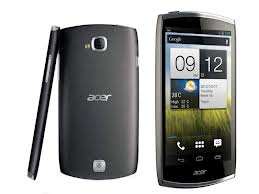 The planned Chinese launch of Acer’s new smartphone running a customised version of Android was cancelled at the last minute this week due to reported pressure from Google.

The Taiwanese vendor had planned on unveiling its CloudMobile A800 smartphone running on Aliyun, the OS developed by local e-commerce giant Alibaba which is based on Android. Reuters reports that journalists showing up for the event yesterday were not allowed to enter the venue and were told the event had been cancelled.

Alibaba’s unit later released a statement saying Acer had faced pressure from Google and pulled out of the launch event. “Our partner received notification from Google that if the new product launch with Aliyun went ahead, Google would terminate Android product cooperation and related technical authorisation with Acer,” Alibaba Cloud Computing said in a statement.

Acer was expecting to become the third vendor to launch a handset in the country running Alibaba’s OS, and would have been the most high-profile supporter to date. Aliyun was reportedly chosen by Acer because it is easy for first-time users to navigate. Unlike with the conventional Android OS, its apps are web-based. The other two vendors using the Alibaba OS , which launched in summer 2011, are Beijing Tianyu Communications Equipment Co and Haier.

Other major Chinese companies who have developed their own take on Android in competition with Alibaba include China Mobile, China Unicom and Baidu.

According to Canalys figures published last month, 81 percent of the smartphones shipped in the country in Q2 2012 run Android. China dominates global smartphone sales, contributing more than a quarter of the total.