OFCA calls for bids for 2.1GHZ auction in November

OFCA calls for bids for 2.1GHZ auction in November 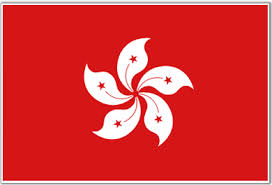 Hong Kong’s telecoms regulator has called for mobile operators to participate in a December auction for 49.2MHz of paired spectrum in the 1.9-2.2GHz band.

The Office of the Communications Authority (OFCA), which issued an invitation last Friday, said the reserve price is set at HKD48 million ($6.2 million) per megahertz and the minimum spectrum utilisation fee will be determined during the auction. The spectrum licence will be valid for 15 years starting in October 2016.

The spectrum will be divided into five bands, each with a bandwidth of 9.8 or 10.0MHz. OFCA has set a spectrum cap for a bidder at 40MHz.

Under the approach, each of the four spectrum holders at the time (HKT, CSL, Hutchison and SmarTone) would be offered right of first refusal to be re-assigned two-thirds of its existing holding. The remaining one-third (39.2 MHz), and any spectrum not taken up by the incumbent assignees, would be re-assigned through an auction.

After HKT acquired CSL in April, it agreed to divest 29.6MHz of spectrum in the 1.9-2.1GHZ band and not to participate in the new auction. This increased the total spectrum available for re-assignment through auction in 49.2MHz.

China Mobile, which doesn’t have any 2.1GHz spectrum in Hong Kong, is expected to participate in the auction.