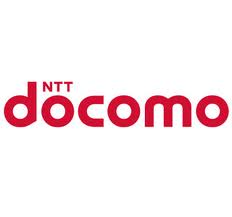 NTT Docomo is targeting commercial launch of 5G, capable of theoretical peak data speeds in excess of 10Gb/s, by 2020.

“5G studies are starting to gain real momentum as we point toward 2020,” said Seizo Onoe, NTT Docomo’s CTO. “I am delighted that we will collaborate on 5G experimental trials with multiple global vendors from this early stage.”

Alcatel-Lucent will experiment with candidate waveforms to support mobile broadband and M2M; Fujitsu is to work on coordinated scheduling for “super dense base stations” using RRH (remote radio heads).

NEC is slated to trial time-domain beamforming with multiple antennas in the 5GHz frequency band.

Ericsson, Samsung and Nokia will conduct trials at 15GHz, 28GHz and 70GHz, respectively. The Swedish supplier is to look at developing a new radio interface concept, based on what NTT Docomo describes as “massive MIMO”; Samsung is to experiment with “super-wideband hybrid beamforming and beam tracking”.

Nokia is looking at super-wideband single carrier transmission and beamforming.

NTT Docomo said it plans to begin indoor 5G trials at its R&D centre in Yokosuka this year, followed by outdoor field trials next year. Key findings and achievements, noted the operator, will be shared with research institutes and at international conferences to contribute to 5G standardisation – a process that NTT Docomo expects will start from 2016.

Aside from the much faster speeds promised by 5G, NTT Docomo emphasised the giant leap in capacity – a thousand times greater than existing LTE networks – as a key attribute. Connectivity for “massive numbers of devices”, to support M2M services, is another anticipated benefit.