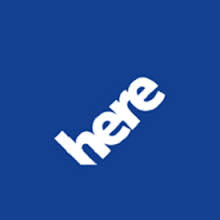 Nokia’s HERE mapping business has drawn interest from at least four potential bidders — Facebook, Uber, a consortium of German carmakers and a US private equity group – according to Manager Magazin.

The Finnish company announced last week it was reviewing options, including divestment, for HERE. The announcement came on the same day it confirmed its €15.6 billion bid for Alcatel-Lucent.

The companies reportedly having a peek at the mapping unit’s books include a consortium of BMW, Audi and Daimler, private-equity group Hellman & Friedman, as well as the two internet firms.

Along with Google, HERE is a market leader in mapping data. And it is an attractive possible target for internet firms wanting to avoid dependence for their location information on arch rival Google.

The latest report repeats earlier estimates that HERE would fetch in the region of €2 billion in a sale.