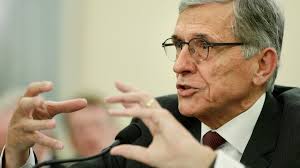 The Federal Communications Commission (FCC) proposed a set of stricter rules for net neutrality that will treat broadband providers, including mobile operators, more like utilities.

The regulator’s proposal would ban providers from blocking, throttling or offering paid prioritisation.

And mobile operators fall squarely under the new regulation. While the FCC’s 2010 open internet rules had “limited applicability” to mobile broadband, the new rules will fully apply to the mobile industry, said the regulator.

The FCC said the shift was in recognition of technical advances and the growing popularity in the US of 4G, which has seen a rapid growth in connection numbers.

The commission is using so-called Title II authority to underpin its draft order on net neutrality. Providers are reclassified as “telecommunications services” under Title II of the Communications Act rather than treated as “information services”.

“Using this authority, I am submitting to my colleagues the strongest open internet protections ever proposed by the FCC,” wrote chairman Tom Wheeler (pictured) in Wired.

However, he did seek to provide some reassurance in the proposals for broadband providers. They will not be subject to price control, unbundling or other forms of regulation associated with utilities. Nor will they be forced to contribute to a universal service fund.

And the proposed order “would apply fewer sections of Title II than have applied to mobile voice networks for over twenty years.”

Wheeler’s rules were in line with the pro-net neutrality position laid out by President Obama last autumn, whose intervention took some by surprise although the debate was already soaring in the US public consciousness.

According to the Wall Street Journal, Wheeler was “blindsided” by last year’s Obama statement which effectively shot down months of work by the FCC chairman on crafting a compromise. White House aides worked on a separate net neutrality proposal without the knowledge of the agency, the report claimed.

Predictably, internet companies and advocates of stronger net neutrality sang the praises of the new proposals. Broadband providers and conservative opponents to regulation were more downbeat.

Today (5 February) Wheeler will share his plan with other FCC commissioners. Already one of the Republican commissioners, Ajit Pai, has voiced his opposition. The five-member FCC will vote whether to enact the new rules on 26 February.

The FCC’s draft order faces several potential pitfalls before coming into effect. For instance, broadband providers are likely to contemplate legal action. And Republicans in Congress are working on a net neutrality bill which limit FCC authority.