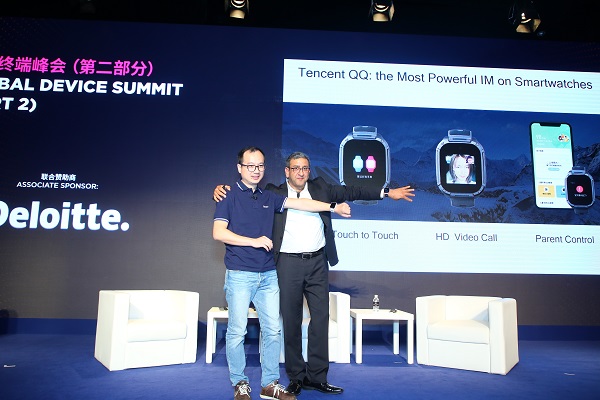 LIVE FROM MWC19 SHANGHAI: Executives from Qualcomm and Tencent took to the stage to showcase a new version of the QQ instant messaging service for wearables.

Speaking at the event, QQ platform product director Jerry Xia (pictured, left) said QQ, which has been around for 20 years and has more than 800 million users, has thrived because “we always pay attention to the latest technology and devices”.

The service has progressed from desktop computers to mobile phones, and on to smartphones and wearables.

However, in its earlier form, the version for wearables had limitations: for example, users were unable to add new contacts if they were using smartwatches from different brands.

Pankaj Kedia, senior director, product marketing at Qualcomm Atheros (pictured, right) said: “Of course, by bringing Watch QQ to the Qualcomm platform, every smartwatch from here on can have that option.”