Mobile World Congress, in one form or another, has been around for many years. For attendees wondering what will be new this year, the answer is: plenty. From the Youth Mobile Festival (YoMo) to the Women4Tech initiative, to PokeGyms and PokeStops for fans of the popular Niantec game, Mobile World Congress 2017 has a host of new initiatives planned. Saleha Riaz investigates.

It is supported by the Catalonian Ministry for Education, and will bring together more than 100 stakeholders across the sectors, including educational institutions, professional bodies, R&D laboratories, and business and industry leaders.

YoMo will bring “classroom learning to life” for 20,000 students aged 10 years to 16 years, as well as teachers from Barcelona and across Catalonia.

“We first ran YoMo at Mobile World Congress Shanghai last July – the response was tremendous and we are thrilled to now be bringing YoMo to Barcelona,” John Hoffman, CEO of GSMA, told Mobile World Live.

Jeremy Buckle, event director, believes there is an “urgent need” to increase the number of young people pursuing careers in STEAM in order to combat the significant skill gaps they face.

The programme works in collaboration with Mobile World Capital, of which mSchools is an important part. mSchools encourages educators to adopt mobile tech to enhance learning, no matter what subject they are teaching.

Buckle also pointed out that while YoMo will encourage young people to learn more about STEAM subjects, “this won’t achieve our desired goals unless the teachers adopt this technology to continue this teaching”.

To this end there will be an Educational Resources Zone where teachers can network and experience the innovations to use in their classroom.

Buckle said he had been “overwhelmed” with the high quality of STEAM engagement across the region but found that most of it is centred on small, community-focused festivals, delivering the message in a “quiet, unassuming way”.

YoMo wants to change this by bringing a “large scale cohort” together, opening up these subjects to young people not currently exposed to such engagement and shining a “global spotlight” on the work that is already happening.

More than 200 activity providers will deliver over 1,200 hours of live content including a Fashion and Wearable technology show produced in partnership with the Institute of European Design called “ECOcyborg”.

At interactive booths, students will be able to experiment with sensors and boards, solve complex strategic challenges through creativity, ingenuity and teamwork, and learn how Minecraft can be used to solve mathematical formulas. They will also learn about research in the field of biomaterials, neurosciences and Artificial Intelligence (AI) and talk to scientists “who are sure to encourage them to go deeper into the world of research when they are older,” said Buckle.

There will also be theatrical performances where students can participate in a concert made with instruments they have built themselves, as well as lectures on how drugs affect brains, the future of robotics and the importance of telecommunications in emergency situations.

The event is free. “We should have no barriers for engagement to ensure this programme is as inclusive as possible. A young person should not be disadvantaged from discovering the world of STEAM all because of their circumstances,” Buckle explained.

According to Steven Russ, VP New Products at GSMA, it is not just teachers and students who will benefit, there is also a “value proposition” for mobile operators.

Women4Tech: Narrowing the gender gap
Women4Tech will provide a global platform to focus specifically on increasing

the inclusion of women in the mobile industry and showcasing best practices for female leadership.

Like YoMo, it supports the UN’s SDGs, particularly gender equality.

Renee Jimenez, marketing communications manager at GSMA, believes there are not enough women working in the telecommunications sector, and certainly not in the most senior levels.

“Companies with a gender-diverse workforce are better able to innovate and outperform their competition. There is a positive correlation between the percentage of women in management and companies’ profitability,” she explained, adding that the gender gap is a critical issue for the mobile industry.

“Programmes such as Women4Tech are helping us to move in the right direction. We need to make women in mobile and ICT the norm rather than the exception,” she said.

Women4Tech supports the UN SDG of gender equality by showcasing best practices and industry action in the mobile and digital industry. It aims to integrate gender equality into the mainstream of work environments and labour related policies to promote equality of opportunity and treatment.

It is an outgrowth of GSMA’s Connected Women programme that hopes to give attendees – women and men – insights into best practices for building diversity and highlight the “amazing work” women are already doing in mobile and solutions to address challenges.

The programme will also create an ongoing dialogue to drive industry action for female leadership.

Women4Tech helped put together the ‘Hack_D_Gap Global Challenge’ aimed at entrepreneurs, startups, and coders to create innovative solutions, products or services that drive gender diversity and gender equality in the tech industry.

The six finalists include Adalab from Spain, a social start-up focused on closing the digital gender gap through a training and internship programme for women, and social learning platform Work Wide Women from Italy. The finalists will have a demo pitch in front of a live jury and audience, with the winner being announced 28 February.

Women4Tech will also include panel discussions and interactive workshops.

Hall 8.0 always offers attendees something exciting. This time it will focus on next generation technology, including an area dedicated “to the most forward-thinking, innovative companies currently disrupting the mobile ecosystem”.

The NEXTech Pavilion will showcase companies at the forefront of virtual and augmented reality, robotics, and AI.

A ‘Drone Zone’ will feature some of the largest commercial and industrial drone manufacturers in the world (supported by a separate drone conference in the NEXTech Hall 8.0 Theatre C), while the IoT Pavilion is expanding in size this year to highlight innovations in the Internet of Things.

There will also be a NEXTech Lab, the only open theatre on the show, where companies provide thought leadership and successful case studies.

MWC account director Oliver Howard described the lab as an “intimate theatre” focused on tech that is changing the world.

He also said it is important that an event like MWC continues to evolve inline with the latest advances in mobile.

AR/VR, robotics and AI are at the forefront and a dedicated area to showcase these technologies “is the only logical step”, he said, adding that his team is pleased to have more space to expand NEXTech Hall 8.0.

He believes “setting this hall as a destination for all things ‘Next Generation’ means there is finally an area at the event where specific technologies are showcased”.

Howard is particularly excited about the Drone Zone. “This is the first time we have been able to set up a specific Drone Zone at MWC. Delegates can expect to see some incredible flight demonstrations in the numerous Drone Cages that are being set up.”

Summing up, the NEXTech Hall 8.0 is designed to offer attendees a glimpse into the future.

It will help them understand how next generation initiatives and technology is already shaping and expanding the future of mobile technology, the team behind Hall 8.0 told Mobile World Live. 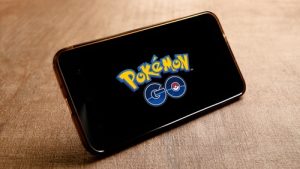 Pokemon Go fans can rejoice. Not only will Niantic CEO John Hanke be a keynote speaker at this year’s event, but thanks to a partnership with the company, PokeStops and PokeGyms will be placed around the venue to highlight new features and areas of the event, such as Innovation City and networking lounges.

“Players can look for our co-branded GSMA/Niantic locations within the game, and discover new areas of MWC along the way. It’s a great icebreaker to make new connections, in game and in person,” said Scott Griffin, partnership marketing coordinator.

Continuing the AR theme, the GSMA’s ‘SDGs in Action’ mobile app will enable MWC attendees to collect SDG ‘goals’ from various image targets situated throughout Fira Gran Via. The goals can be collected throughout the course of Mobile World Congress, with the game culminating in the GSMA’s Innovation City in Hall 4. Prizes will be awarded on a daily basis.

Meanwhile 4 Years From Now (4YFN) Barcelona 2017, sponsored by the European Commission and located at Fira Montjuic, has launched a matchmaking app called ‘4YFNetwork’ that hopes to bring entrepreneurs closer to potential corporate partners and investors.

With more than 101,000 attendees expected to visit from over 200 countries, along with more than 2,200 exhibitors, this is sure to be the biggest and best MWC yet.