Mobile World Congress (MWC) 2017 looks set to be even bigger than last year’s event. MWC 2016 notched up a record-breaking attendance of more than 100,000, but Michael O’Hara, GSMA CMO, believes that figure is there for the taking.

“We expect more than 101,000 professionals from across the mobile industry and adjacent industry sectors to attend this year’s event,” he told Mobile World Live.

Attracting key movers and shakers from ‘adjacent industries’ – the likes of content, automotive, manufacturing and retail – has become something of a hallmark at recent MWC events.

“We’re particularly pleased Reed Hastings, CEO of Netflix, is speaking in a keynote on Monday (27 February),” said O’Hara. “We’ve got a great focus on content this year.”

Other keynote speakers from the world of content include Arnaud de Puyfontaine, CEO of Vivendi, and his counterpart at Turner Broadcasting, John Martin. Both will be giving presentations at Tuesday’s (28 February) keynote on ‘The Content Gold Rush’. They will be talking about how content can differentiate mobile operators and help with customer acquisition and retention.

Joining Martin and de Puyfontaine on stage will be John Hanke, founder and CEO of Niantic, the company behind Pokemon Go. John Stankey, CEO of AT&T Entertainment Group, is a keynote speaker in a session devoted to the digital economy on Monday.

Elemental
O’Hara does not shirk from bold straplines to describe MWC in Barcelona. In 2015, the overarching theme was mobile at the ‘Edge of Innovation’. Last year, MWC delegates were told that ‘Mobile is Everything’. How does the GSMA trump that?

“Mobile has become an elemental part of everything in our life, as well as a part of every innovation and every technology development,” explained O’Hara. “It’s why we chose ‘Mobile: The Next Element’ as this year’s theme. The 2017 edition of MWC will highlight just how elemental mobile has become in our everyday lives and the positive impact it’s having for billions of people around the world.”

One way mobile is having a major impact is through the Internet of Things (IoT), both for consumers and enterprise. A recent paper by General Electric proposed that a 1 per cent increase in productivity in industrial processes could translate to $10 trillion to $15 trillion increase in global GDP over 15 years. This year’s MWC has a keynote session devoted to the industrial internet.

O’Hara is also chairing a session on connected vehicles. Anthony Levandowski, founder and CEO of Otto, a US-based self-driving truck specialist, is among the panellists. Now owned by Uber, Otto‘s hardware and software enabled what it claimed to be the world’s first autonomous truck delivery last year. The cargo? 50,000 cans of Budweiser. 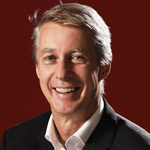 Although MWC reflects the growing mobile ecosystem, operators are still at the heart of the event. The opening keynote session, moderated by Mats Granryd (pictured), the GSMA’s director general, brings together some of the biggest names in the industry.

Under the MWC 2017 strap-line – Mobile: The Next Element – they will discuss the role of mobile in today’s world and how it is shaping emerging innovation.

…and the regulators
In an MWC first, there will be a keynote session on policy. “This has not happened before, as regulators have normally been part of the ministerial programme, but this is a response to feedback we’ve had,” said O’Hara.

Under the title of ‘Building the 5G economy’, the keynote session will intriguingly bring together two key industry figures with arguably different views on net neutrality – the principle that all web traffic should be treated equally.

On the one side is Republican Ajit Pai, recently appointed as chairman of the Federal Communications Commission (FCC) in the US. Formerly an FCC commissioner, Pai opposed the tough pro-net neutrality stance of his predecessor (Democrat) Tom Wheeler. He is also apparently much less resistant to big-deal mergers.

On the other side is Andrus Ansip, VP, digital single market, for the European Commission (EC). The EC was instrumental in introducing new net neutrality laws across the European Union, which came into force in April 2016.

Innovation City
Regular MWC attendees making their way to the keynotes in the auditorium will notice a big difference this year. As they pass through Hall 4 they will find the GSMA Innovation City, relocated from Hall 3.

A popular destination for MWC attendees – more than 30,000 visitors last year – Innovation City will feature products and gadgets from AT&T, Cisco Jasper and KT, among others. From healthcare to agriculture, home to office, and connected cars to global transport logistics, Innovation City will provide insights on the future of mobility.

Let’s go downtown
MWC 2017 is not confined to the Fira Gran Via. At Fira Montjuïc, the previous venue for MWC in Barcelona, 4 Years From Now (4YFN) – aimed at startups and investor communities – is expected to have 16,000 attendees this year, up from 12,500 in 2016. 4YFN will showcase distinct themes for each day of the event,  including IoT and digital media.

Also at Fira Montjuïc will be the Youth Mobile Festival (YoMo), another new addition to the MWC line-up. Up to 20,000 young people (aged 10 years to 16 years) from across Catalonia and Spain are expected to get hands-on experience of science and technology. Through a mix of workshops, theatre and shows, the aim of YoMo is to get young people interested in pursuing careers in tech.