DT chief says Europe not behind on 5G 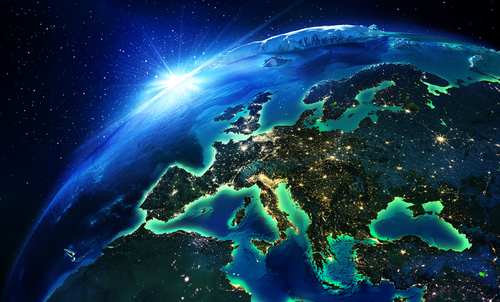 Timotheus Hottges, chief executive of Deutsche Telekom (DT), maintained Europe was not lagging Asia and the US on 5G.

“5G has not been deployed in any part of the world so far, so Europe is not falling behind,” he said. “Europe is just in the middle of the race. We have all the opportunities to be at the head and at the edge of this development.”

Perhaps predictably, he laid down the gauntlet to Europe’s regulators and governments to help ease the 5G investment burden on operators through subsidies and lower spectrum costs.

Hottges cited estimates of between €300 billion and €500 billion to deploy 5G across the continent. “It’s a massive investment,” he said. “It’s not just about putting antennas on a roof.”

The chief executive nonetheless pitched DT as a 5G frontrunner. “We are preparing to lead in the 5G category,” he said, and laid out an ambitious plan for “100 per cent area” 5G coverage across its European footprint.  Hottges did not give a specific timeframe for rollout, but indicated it would start in 2020 once standards emerged.

Claudia Nemat, DT board member for technology and innovation, flagged a number of 5G-related innovations and developments, including “guaranteed latency” of 8ms over a prolonged period of time. DT claimed a world record of 1ms latency at last year’s Mobile World Congress, but with no service level guarantees attached.

The new guarantee, said Nemat, would be useful for industrial applications, telemedicine and to give human control of robots.

This week DT is demonstrating a robot that can mimic hand movements in real time. Nemat said this could be adapted to allow human-controlled robots into dangerous environments, such as fires or places with high radiation.

Hottges also wore a prototype pair of augmented reality (AR) glasses, developed by Carl Zeiss, a German company specialising in optics and optoelectronics. DT and Zeiss have formed a partnership in which DT will connect the glasses directly to the network and the cloud, while also exploring ways to move the hardware – which is still installed in the wearables – to the cloud.

The idea is to make the glasses look ‘normal’.

DT said it would provide APIs to the open source community in order to develop use cases and applications for the AR glasses.