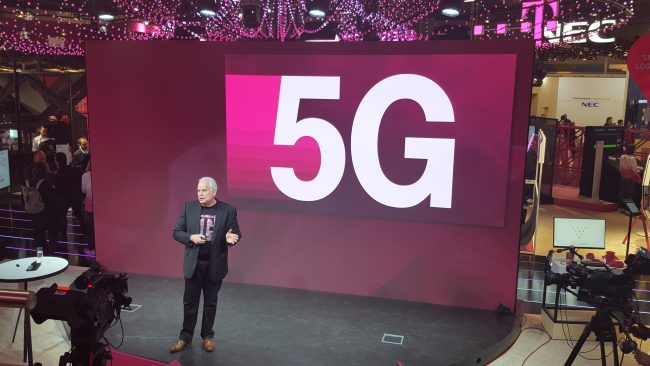 T-Mobile US CTO Neville Ray (pictured) unveiled plans to build 5G in 30 US cities this year, noting the operator will start in “places that matter” including New York City, Los Angeles, Las Vegas and Dallas.

During a briefing at Mobile World Congress, Ray said T-Mobile will use equipment from Nokia and Ericsson to build a network which spans the operator’s 600MHz, 28GHz and 39GHz airwaves. He added work is already underway deploying “5G-ready” LTE radios in the 600MHz band and said standards-based mmWave equipment will be ready for deployment in the fourth quarter.

The CTO noted T-Mobile has 200MHz of mmWave spectrum to play with in urban areas across the country. He said the operator expects mmWave radios to have a range of up to 200 metres, but added there’s still “a lot to learn” about how mmWave works in a mobility context.

“I think as an industry we have to be honest with ourselves, we have to understand how well is millimetre wave going to work. How well is it going to propagate in some of these dense urban environments? How well is multi-path and Massive MIMO going to work? [There’s] a lot of complexity both in the radio and handset to figure out.”

5G realities
Ray acknowledged 5G mobile devices won’t be available to take advantage of the network until 2019 but, taking a swipe at AT&T and Verizon, said he’d “rather commit our effort to something way more meaningful for the consumer” than the puck and fixed routers being touted by the rivals.

Ray said any 5G layer built on top of T-Mobile’s LTE network will boost performance, but was careful to note multi-gigabit speeds won’t be an immediate reality.

“We would love to see average speeds triple or move to 100Mb/s, but that’s a journey that’s going to take time in the industry.”

“We have to be careful about saying we’re going to have multi-gigabit experiences across all swathes of geography in the US or anywhere in the world. It’s going to take a long, long time and a lot of spectrum for us to get to those types of capabilities.”