Ingenu steps up efforts to build LPWA networks across the globe 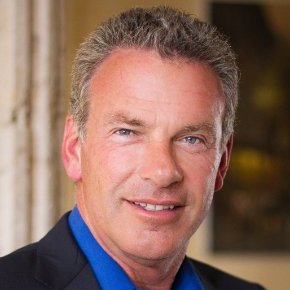 Ingenu, the US-based low power wide area (LPWA) network specialist, said it has accelerated the pace of its strategy to build public networks exclusively for machine traffic in markets across the globe.

John Horn, CEO of Ingenu, formerly known as On-Ramp Wireless, said the company’s five-year plan “has turned into a five-month strategy based on demand from the volume of global partners approaching us. Their requirements are clear: they need cost-effective, future-proof solutions that are available now”.

Speaking to Mobile World Daily, Horn said the initial plan had been to focus on building its ‘machine network’ – an IoT network dedicated to connectivity exclusively for machines – across the US. That was expected to take three years, after which point Ingenu intended to work on its global strategy for public networks.

“But demand has been so high that we moved ahead,” said Horn.

The company has already established 38 private networks in more than 20 countries including Japan, Chile, the US, Nigeria, the Dominican Republic and Canada. The networks are based on Ingenu’s proprietary random phase multiple access (RPMA) technology.

“Because of our 38 existing networks, we are able to prove that RPMA already works. This has enabled us to roll out an international expansion plan much more quickly than we expected,” Horn said.

Ingenu has now agreed to provide public networks in 25 countries on six continents around the world, and will work with one licensed operator partner in each market. As things stand, Italian smart metering company MeterLinq has been unveiled as one partner.

Horn said he expects further announcements to be made in the coming weeks, with 25-30 anticipated by the end of this year.

On the subject of competitors such as Sigfox and LoRa as well as the upcoming narrowband IoT (NB-IoT) standard from 3GPP, Horn said that multiple players and multiple markets could exist.

However, he pointed out that unlike NB-IoT, RPMA is already available. “Our standard is ready,” he said.

Ultimately, it is Ingenu’s goal to establish RPMA as the global standard for IoT connectivity.