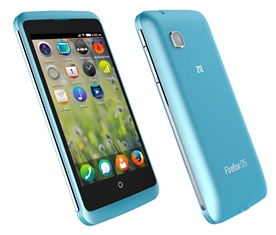 LIVE FROM GSMA MOBILE WORLD CONGRESS 2014: Mozilla this afternoon announced a set of new devices and partnerships, as it looks to build its momentum in the mobile market following the launch of its first commercial products last year.

ZTE added to its Firefox OS powered smartphone line with the Open C and Open II, while Alcatel OneTouch unveiled a trio of devices powered by the platform – the entry-level Fire C and higher-spec Fire E and Fire S.

And Alcatel OneTouch also showed its Fire 7 tablet, to “demonstrate the potential for taking Firefox OS up a size”.

Additional operator backers are Telkomsel and Indosat in Indonesia, boosting the platform’s potential in this largely populated emerging market.

In the twelve months since last year’s Mobile World Congress, Firefox OS devices have gone on sale in 15 markets through four operator groups, with handsets from three manufacturers.

In a statement, Jay Sullivan, chief operating officer of Mozilla, said: “Sales have far exceeded our targets. But 2013 was just the beginning. In 2014, we are differentiating our user experience and our partners are growing the portfolio of devices.”

Telefonica is set to launch devices powered by the fledgling platform in eight more markets this year, including Germany and a number of Latin American markets, while Deutsche Telekom will add four, in south and eastern Europe.

“We are enabling a whole new category of smartphone, priced around $25, that will bring even more people around the world online,” Sullivan said.

Mozilla is also working with Foxconn and Via in the tablet space.

$25 the ‘sweet spot’ for smartphones in emerging markets