More than half of 2013 phone sales to be smartphones 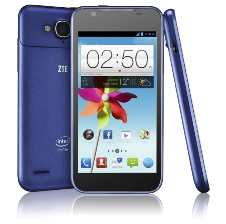 Smartphones will account for more than half of the 1.86 billion mobile phones forecast to be sold in 2013, according to CCS Insight. The firm’s forecast is not a huge surprise, given that IDC in April noted that smartphone shipments overtook those of feature phones in the first quarter of 2013, the first time the balance had shifted in this way.

CCS expects around 983 million smartphones to be sold in 2013 — 53 per cent of total phone sales.

CCS Insight partly attributes the growing proportion of smartphones sold to the arrival of cheaper devices, particularly in emerging markets.

With the rapid growth in smartphones in Western Europe and North America, penetration levels will approach saturation point during the next three years. Smartphones already account for more than half of the mobile phones used in these regions and this figure is expected to hit 80 per cent by 2015, after which much of the growth will come from emerging markets.

CCS Insight also forecasts a 10-fold growth in 4G device shipments between 2012 and 2017. Of the 650 million units shipped in 2017, nearly half are expected to go to emerging markets.

iOS and Android will face challenges over the forecast period, according to Marina Koytcheva, director of forecasting at CCS Insight: “Apple will have to choose between sustaining its profit margin and holding onto market share. Android on the other hand is highly dependent on Samsung. As profit margins are squeezed Google will need to ensure Android remains a viable choice for other phone makers.”

Koytcheva added that other mobile platforms will make progress, with Microsoft and BlackBerry eager to remain relevant, and Tizen, Firefox OS, Sailfish OS, Baidu Yi and Aliyun all “hustling to grab a share of this lucrative market”.

Blog: Will waterproofing make a splash in mid-tier?