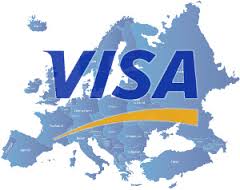 Ryan Mclnerney, global president of Visa Inc, speaking at this morning’s Mobile World Congress (MWC) keynote on digital transactions and social interactions, said the huge effort involved in helping Apple Pay get off the ground has put it in a position to help others, including mobile operators, launch rival mobile payment services.

“We are the payment engine underneath Apple Pay, and we had 700 people working on it for 18 months before its launch last year,” said Mclnerney. “We wanted to build a platform and system that would be scalable, reliable and safe – but not just for Apple Pay, but to build a system that had open architecture, was form-factor, handset and platform agnostic, and allowed our partners to build their own payment products.”

Visa is also heavily involved with Samsung Pay, said Mclnerney, which is set for launch in the US during the second half of 2015.

Under questioning from journalist and author David Kirkpatrick, the Visa chief wouldn’t be drawn on differences between Apple Pay and Samsung Pay, but acknowledged that LoopPay technology would be an advantage in the US where contactless cards and ‘chip and pin’ is not so widely used as it is in Europe.

“There are a lot of similarities between Apple Pay and Samsung Pay,” said Mclnerney. “They have worked with the card networks, and importantly with the bank card issuers, to let customers use cards in the way they know and love. They haven’t tried to change it.”

By substituting the payment account information found on a plastic card with a series of numbers that can be used to authorise payment without exposing actual account details, customer data can be protected. When consumers use their mobile device to make a contactless payment in a store, a token is submitted, rather than their account details.

The Visa chief also pointed to the “interesting role” that mobile operators play, especially in the developing world, in driving online commerce.

“Partnering with carriers gives their customers access to Visa payment services, which builds up their customer relationships,” he said.

Earlier this week, Visa and Bharti Airtel announced a partnership to bring mobile payment services to seven markets in Africa (Gabon, Ghana, Kenya, Madagascar, Rwanda, Seychelles and Tanzania). The two companies said they would build on the existing capabilities of Airtel’s Mobile Money service, allowing subscribers to use their Airtel Money account to pay in stores and online wherever Visa is accepted.

BBVA sees Apple, Samsung as threats – and likes it