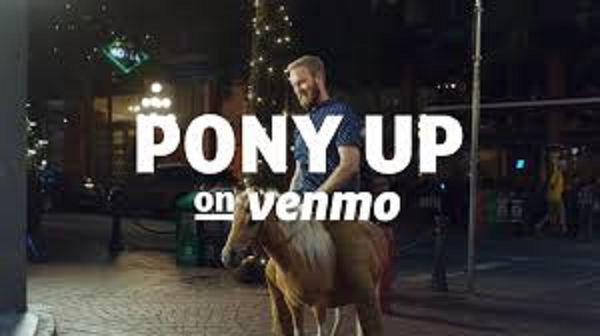 In a separate sign of its growing ambition, last week Quartz reported that the PayPal-owned firm plans to expand services to include NFC-based transactions at the point-of-sale.

The ad campaign will concentrate on its core offering. In a blog, the firm unveiled a new slogan: “Pony Up on Venmo”, designed “to make payments fun – whether it’s splitting the cost of a pizza or a weekend getaway with friends.”

The campaign will run for two months on cable channels including Adult Swim, MTV and Comedy Central, as well as digital channels such as YouTube, Hulu and The Onion.

There will also be billboard advertising, street posters and murals in selected US cities, as well as Venmo branding on coasters, temporary tattoos and pizza boxes at bars and food joints.

Previously, the app has spread mainly through word-of-mouth.

Meanwhile, Jim Magats, head of global core payments for parent PayPal, said it aims to add in-store payments using NFC to Venmo and PayPal apps in the first half of 2017.

PayPal recently announced agreements with Visa and Mastercard to enable tap-and-pay transactions. PayPal and Venmo will be available first on Android because Apple’s NFC chip is closed to outside third party developers. Magats said the company is negotiating with Apple on how they might cooperate but did not provide further detail.