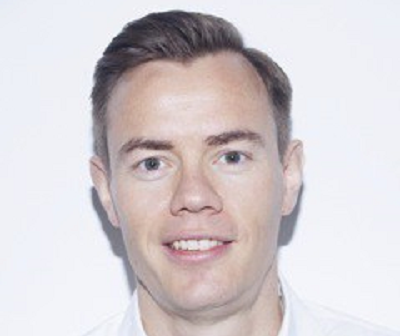 In a segment marked by significant competition and tough pricing, SumUp said it is the first mobile point of sale provider to reach profitability.

“We are the world’s first company to prove that empowering small merchants with card acceptance can be a profitable business, despite tight margins in the long tail”, said Daniel Klein (pictured), the firm’s CEO.

A statement from the firm, which launched four years ago, said it had doubled revenue in the last six months and is approaching $100 million in annual revenue.

Klein attributed the achievement to the firm building its own hardware, payment gateway and merchant service business, so cutting the cost for users of owning a card reader to a tenth in four years.

He told Reuters the firm had become profitable in August and was expecting it to be profitable for the full-year too.

SumUp is prepared to cut the fees it charges merchants to grow further and stay competitive, he added.

There is the prospect of more competition as US firm Square mulls an entry into the European market.

Others in the industry have expressed scepticism that mobile point of sale vendors can be profitable without also signing up larger enterprises too.

It is unclear how much SumUp’s merger earlier this year with Payleven contributed to profitability, given it removed a key rival from the scene. Also, Klein did not define profitability more closely, whether it refers to net profit or another definition such as Ebitda.