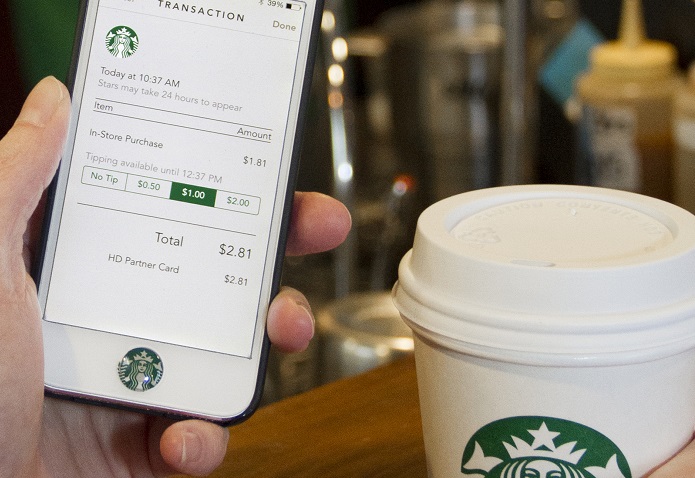 Starbucks’ mobile app will be the most used proximity payment system in the US during 2018, eMarketer predicted, with more regular users than Samsung Pay and Google Pay combined.

In a report, the analyst company forecast 23.4 million people would use Starbucks app at the coffee chain at least twice this year, partly due to the inclusion of loyalty features.

This compares to 22 million tipped to use Apple Pay, 11.1 million Google Pay – or its predecessor brand Android Pay platform – and 9.9 million Samsung Pay (again measured on a minimum of two uses during the year).

The research company added the rankings were not likely to change before 2022 – the end of its forecast period. Without disclosing specific figures for 2022, eMarketer added all four apps were expected to gain users, but lose market share as other payment services are launched by retailers.

Starbucks’ app is only accepted within its own stores, however the company has marketed the service as both speeding up the sales process and providing a number of loyalty features, which boosted adoption.

By contrast Samsung Pay, Apple Pay and Google Pay are all primarily sold on their convenience and speed of payment with limited promotion on any additional benefits.

eMarketer forecasting analyst Cindy Liu said the Starbucks app was “one of the bigger success stories in mobile proximity payments” adding: “It has gained traction thanks to its ability to tie payments to its loyalty rewards programme.”