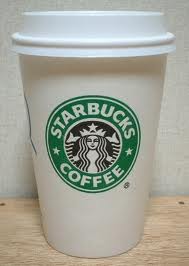 The smartphone payment app launched by the US coffee chain Starbucks in January 2011 has seen 26 million transactions to date, which demonstrates how a relatively simple approach to mobile payments has been able to get a jump on more sophisticated technology such as NFC. Starbucks also said usage of the app has quickened up in recent months. In the first nine weeks after the launch, there were 3 million transactions through the app accelerating to 6 million transactions in the 9-week period starting in October. Increased usage tallies with a rollout programme that has expanded the number of outlets at which the app can be used.  It can now be used in more than 9,000 locations in the US (predominately Starbucks outlets but also including some Target and Safeway stores).

Initially after launch the payment app was only for the iPhone but now also works on Android devices. In addition, Starbucks has started an international rollout of the app with availability since November in Canada. The second international market where it will be made available is the UK where it will launch in early January, the company recently announced.