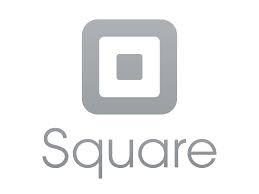 Square has released an updated version of its Cash app, which now enables users to send and request money via text, as well as the existing email method.

Users of the app can link a phone number to their debit card, just as they already do with email addresses.

Separately, Square is in the process of another fundraising that would value the firm at $6 billion. It wants to pull in a further $200 million including from investors including the Government of Singapore Investment Corporation (GIC), said CNBC.

Given the firm was valued at $5 billion earlier this year, the recent launch by Amazon of a device to rival Square’s core proposition does not seem to have dented investor enthusiasm.

In addition to the SMS feature, the payments firm has also refreshed the app’s design and added the ability for users to track payments and requests via push notification.

And a new Profile feature links all a user’s email addresses and phone numbers to their account, making it easier for others to find them.

Some of Square’s additional features, such as the Cash app, have proved popular with users. The app has high App Store ratings and garnered good reviews in the media.

However, estimates have said that the firm is losing up to 25 US cents on each transfer it handles via the app.