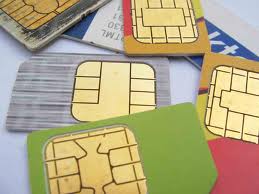 And the market has a lot more potential, given its current reliance on North America and Asia Pacific, said the research firm. These two regions accounted for 75 per cent of SWP shipments last year.

ABI predicts wider take-up as mobile operators look to control a competitive mobile payments platform that can match the likes of Apple, Samsung, PayPal and Google.

Single Wire Protocol is a specification for a single-wire connection between a SIM card and a NFC chip in a phone.

ABI’s survey also predicted 5.4 billion SIMs will be shipped this year, a modest four per cent increase from 2014, as vendors shift their focus from market share gains and towards higher value propositions, including SWP.

Previous ArticleTelenor Norway to shut down 3G network in 2020; five years before 2G
Next ArticleSwatch this space, says watchmaker’s CEO