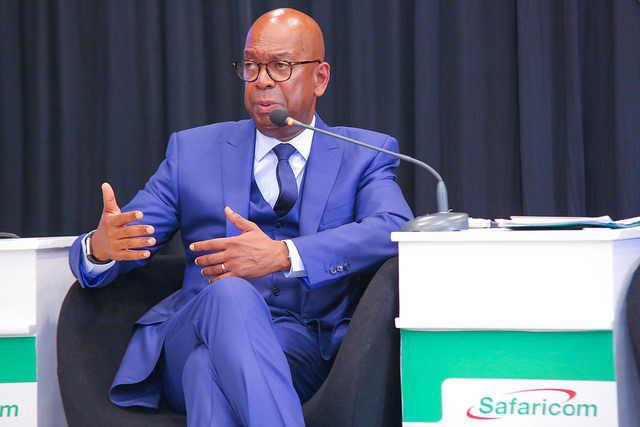 Safaricom CEO Bob Collymore (pictured) slammed the conclusions of a report into the Kenyan communications and mobile money markets, stating its recommendations would stifle innovation and reward a lack of investment by competitors.

Speaking to a National Assembly Committee investigating the ICT sector, broadcast by CapitalFM, Collymore said proposals in a study commissioned by the Communications Authority of Kenya would also “punish” Safaricom customers.

Among the recommendations in the document were restrictions on offers and promotions able to be given by the company. These measures – described by the executive as “effective price controls” – include prohibiting bonuses based on consumer consumption.

Safaricom would also be forced to submit any new tariffs or permanent offers for five days in advance of launch so authorities can check they are able to be replicated by a competitor deemed to be “reasonably competent”.

Collymore added these measures would: “Raise the applicable rates of Safaricom services making our services more expensive and forcing them to migrate to competitors’ services on cost consideration rather than on total value proposition.”

Several of the report’s other proposals have already been introduced while the document was going through the lengthy review process. Changes already made include equal charges for calls between Safaricom customers and to those on other networks, national roaming and mobile money interoperability.

UK-based analyst company Analysys Mason compiled the report, having been commissioned in 2016 to find ways to boost competition in Kenya’s communications and mobile money sectors: markets where Safaricom is the largest player by some distance.

After a number of controversies and edits the document is finally being considered by ministers, though a divisive proposal to force Safaricom to split its mobile money business from its communications arm was removed from the final version.