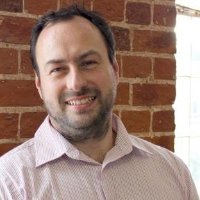 Neil Garner (pictured), CEO of UK vendor Proxama, said it is easier to scale NFC with marketing and loyalty applications than payments, in an interview with Mobile World Live.

In fact, users are learning about contactless payments through using physical cards before moving to tap-to-pay via smartphones.

“It was a bit too much to think we would bypass cards and go straight to a mobile wallet,” according to Garner, who was talking after Proxama last week raised £8.6 million to expand its business.

“Hard cold reality – it’s harder plus takes longer”, he said about the use of NFC for mobile payments.

The new funds will be used to expand in the US, perhaps through an acquisition or hiring more staff. In fact, the Americas as a whole is of interest to Proxama.

The company is also looking to open up its APIs to developers, although Garner did not place a date on when this might happen. Currently, Proxama’s APIs are available to specific partners, such as banks, mobile operators and other vendors.

Garner points out Proxama is not just a NFC vendor. It owns a Bluetooth proximity marketing firm called Hypertag, which enables Garner to talk up its capability to offer technology that could match iBeacons, the Apple initiative. The company also can offer QR code-based applications.

Ultimately, he is still bullish on NFC, challenging “the Apple-will-never-do-NFC camp to come up with a better technology”.