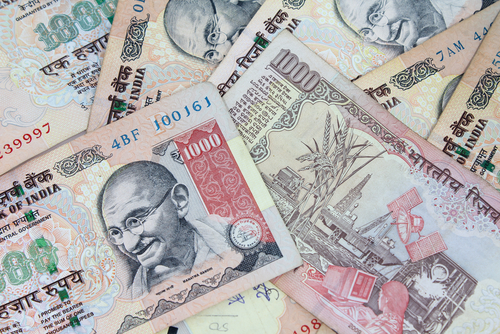 Indian firm Paytm, whose parent is backed by Ant Financial, claimed it is the first mobile wallet in the country to pass 100 million users.

The firm, whose backers include Alibaba’s financial arm, has ambitious plans to target offline as well as online payments.

The company also blogged about its achievements, and its target to woo users away from cash payments: “Making payments in the offline world has its challenges. We’re excluding credit or debit card transactions as they are minuscule, cash in India is king in the offline world.”

“Not only is cash fundamentally unsafe, it doesn’t leave a trail for tax compliance. Now imagine sitting in an auto & paying for your ride through your Paytm’s Mobile Wallet as fast as you click a selfie & the auto driver gets an instant notification of the money credited in his wallet, this applies to the Kirana shop or your local chaiwala,” the blog continued.

Users can load money to their Paytm Wallet using debit card, credit card, internet banking and over 20,000 cash deposit points. In addition, the firm is partnering with various banks to enable users to add money at bank branches and via ATMs.

As well as payments, P2P is another feature of the Paytm wallet, enabling users to transfer funds to other users rather than using the platform to pay bills and recharge subscriptions.