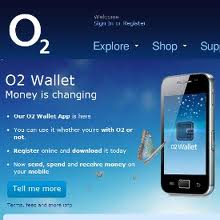 UK operator O2 has called time on its mobile wallet, which enabled consumers to send and receive money, make online purchases and price comparisons, as well as top up their mobile account.

O2 was early into the mobile wallet market and its announcement is elusive about why it has chosen to curtail its plans.

“When we launched the O2 Wallet 18 months ago we were one of the first mobile wallets around. Since then lots has changed for us, the market and our customers,” said a statement on its website.

The operator, which offered the wallet both as an app and a physical Visa contactless card, talked about offering payments at the point-of-sale for subscribers with NFC-based smartphones but never actually launched that particular service.

O2 said it had decided to close the wallet “to give us time to look into new and better ways to help people manage their money on the move, both in the UK and abroad”. However, it is unclear what these further plans might involve.

From the end of March subscribers will not be able to use their O2 wallet or O2 money account card anymore, which includes sending or receiving money messages, using the O2 Wallet or card to shop, buy train tickets in the app or top up their mobile.

Money messages, which enabled funds to be sent to any UK mobile number via text, was portrayed as a central feature of the wallet. It was a rival to Barclays’ Pingit service.

David Sear to step down from Weve’s top spot