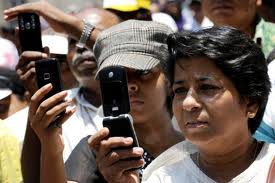 The Finnish handset manufacturer has launched Nokia Money, a service that enables mobile users to make a range of payments including utility bills, pre-paid top-ups, insurance premiums and tickets, in the Indian market. Nokia has previously launched mobile money services in India through two partnerships with Union Bank Money and Yes Bank Money, both more sophisticated services which require users to submit documentation to open accounts. Nokia Money is essentially a network-independent, prepaid wallet from which payments are made.

Users sign up to the new service in three ways: Either through SMS-based registration, via a Nokia Money app or at a registered agent (who are also authorised Nokia phone sellers). The user pays cash to the agent who in turn charges up their wallet electronically with an equivalent sum which is confirmed via SMS.  In contrast, Nokia’s existing services with its two banking partners offer more to the users including P2P cash transfer and withdrawals but involve greater bureaucracy. Users of the services have to provide more documentation to register in order to comply with banking regulation, a stipulation that can rule out some users. Instead they can now turn to Nokia Money.