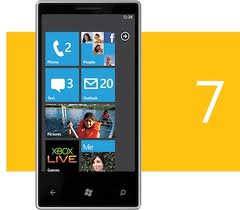 Microsoft has confirmed that NFC capability will be included in its Windows Phone 7 OS with handsets running the short-range wireless technology being shipped within the next year, according to a live interview with Andy Lees, president of Microsoft’s Windows Phone division by AllThingsD  during the publication’s AsiaD conference. However, the company has no interest in entering the mobile payment market in competition with the likes of Google as well as mobile operators, banks and credit card firms, said Lees. “Microsoft is providing technological building blocks so payments can be done on the phone. We’re not trying to compete with other people who are trying to provide services but we will provide the platform,” said Lees.

Tactically, Microsoft’s decision to stay out of the mobile payment market keeps it away from any conflict of interest with its customers, the mobile operators who want to be leaders in offering mobile money. Google by contrast has not held back from both including NFC in Android and launching its own Google Wallet service. Apple has so far not included a mobile payment capability in iOS and its strategy going forward is unclear.