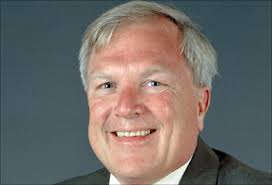 Retailer-backed venture MCX bars its members from allowing PayPal for mobile payments in their stores, according to recent comments made by Bob Carr, the CEO of merchant-acquirer Heartland Payment Systems.

Carr (pictured) was speaking at an industry event and his comments were reported by Digital Transactions.

Previously, it has been reported that two of MCX’s members — Rite Aid and CVS — had disabled NFC in their stores so Apple Pay was unavailable.

However, MCX said it is does not encourage its members to only use its CurrentC mobile wallet.

Either way, MCX will be hard-pressed to maintain its stance, predicted Carr.

Carr’s comments were originally reported in October but highlighted via a tweet from leading mobile money consultant Dave Birch, a director of Consult Hyperion.