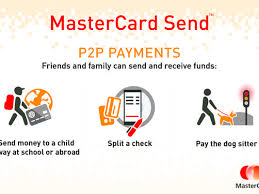 MasterCard launched a new service that enables organisations or individuals in the US to send payments to users either domestically or internationally, including the unbanked as well as those with bank accounts.

Called MasterCard Send, the service enables a range of organisations, including businesses, merchants, governments, non-profits and card issuers, to transmit payments to users. Consumers can also use the same platform for sending P2P payments.

The target for the new service is those payments which at the moment are either in cash or via cheque.

With the new service, consumers receive funds on MasterCard and non-MasterCard cards, as well as into their mobile money or bank accounts. Or they can receive the payment via agent outlets, so they can turn the payment into cash.