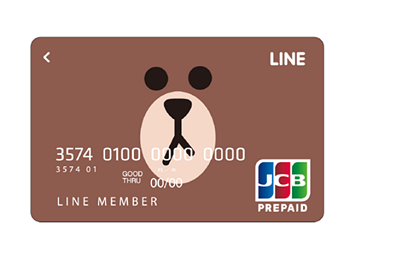 Japanese messaging firm LINE launched a pre-paid card and announced a barcode-scanning technology for smartphones, both ways its users can make transactions with physical retailers.

The moves are part of a wider package of announcements that showed the messaging firm is intent on becoming a major force in payments through its LINE Pay service.

The LINE Pay Card is the result of a partnership with JCB, a Japanese credit card firm. The pre-paid card is linked to users’ LINE Pay accounts and is useable at about 30 million locations supported by JCB domestically and abroad.

In addition, the messaging firm unveiled technology that enables a cashier to scan a LINE Pay barcode from the customer’s smartphone screen at the register.

Stores implementing VeriTrans’ AirRegi system will be able to accept payments through barcode scanning. Support for the system is scheduled to start in April.

In addition, the messaging firm announced LINE Points, a points system that rewards users for using the company’s services.

It also expanded its P2P money transfer service by adding five more banks where users can pay into their accounts. It currently has five banking partners.

Furthermore, users with a partnered bank account can now automatically have funds deposited from their accounts into their LINE Pay accounts when the latter falls below a threshold via an auto depositing feature.

And LINE increased the number of e-commerce sites that will accept payments through LINE Pay through partnerships with SMBC GMO Payment Inc. and SoftBank Payment Service.