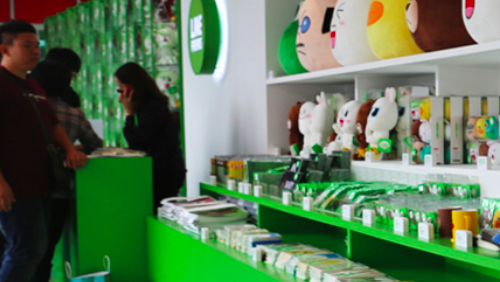 Japan-based messaging platform Line launched a cryptocurrency as part of a loyalty programme which allows users to receive rewards and make purchases within its blockchain-based app services.

In a statement, Line said it independently developed the digital coin Link and a blockchain network, Link Chain, which enables decentralised app services to be used within its messaging platform.

The company said it will not make an initial coin offering but will give away the digital tokens as incentives to users of its services and can be traded with other cryptocurrencies in its Bitbox digital asset exchange. It plans to register Link exclusively on Bitbox in September.

Line CEO Takeshi Idezawa said it wants to build a user-friendly reward system that gives back to its users. “With Link, we would like to continue developing as a user participation-based platform, one that rewards and shares added value through the introduction of easy-to-use decentralised apps for people’s daily lives,” he said.

A total of 1 billion Link coins will be gradually issued as the ecosystem develops, the company said, noting 800 million will be allocated for user rewards, while 200 million will held as a reserve.

Link cannot be traded in Japan until it receives regulatory approval, Line said.

Line, which went public in 2016, is looking for new growth drivers as the number of active users in its four biggest markets (Japan, Taiwan, Thailand and Indonesia) dropped to 164 million in Q2 from 169 million in Q2 2017.