Klarna targets US as valuation hits $5.5B - Mobile World Live

Klarna targets US as valuation hits $5.5B - Mobile World Live

Klarna targets US as valuation hits $5.5B 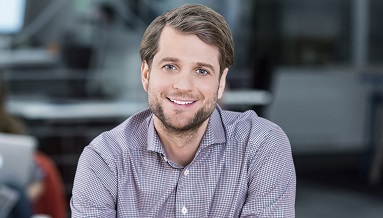 European e-commerce company Klarna announced it raised an additional $460 million in a funding round, giving it a total valuation of $5.5 billion.

In a statement, Klarna, which manages the online payments process for its customers and deals directly with merchants, said the funding propelled it to become Europe’s largest fintech start-up and one of the largest globally.

Klarna operates a “buy now pay later” model, enabling consumers to buy goods online without providing payment details to the companies they are buying from.

Instead, consumers pay Klarna instalments without incurring interest, and Klarna pays the balance to the merchants.

The company said the new funding, led by San Francisco-based investor Dragoneer, would help its push into the US market, where it is currently growing at an annual rate of 6 million new customers.

Klarna said its “healthier, simpler and smarter alternative” approach to credit cards was “clearly resonating with the US consumer”.

This investment follows a funding round in April this year, which was worth more than $100 million. In April 2017, the company also launched an EU-wide mobile payments platform, Wavy, boosting its peer-to-peer offering.

Sebastian Siemiatkowski, co founder and CEO at Klarna (pictured) said the funding came at a “decisive time in the history of retail banking”.

“Finally, transparency, technology and creativity will serve the consumer,” he added.