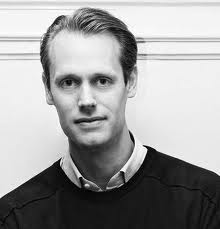 Between November 2011 and August 2013, the company launched its card reader in nine markets (seven in Europe and two in Latin America), culminating in a Brazilian debut.

But no new markets have rolled out subsequently and comments from CEO Jacob De Geer indicate 2014 will remain on the quiet side compared to its previous schedule.

iZettle already has a potential market of 320 million users in its nine markets, points out De Geer.

But mobile point-of-sale vendors need to differentiate their offerings against rivals in a market with relatively low entry barriers. Selling additional services to existing customers is the most obvious way to stand apart from the competition.

“Mobile point of sale is pretty similar at the end of the day, it’s about taking payments,” he said.  Although payments remains the core of iZettle’s business model, De Geer wants to add incremental revenue. “Going forward value added services are going to be very important.”

Recently launched services include support for Brazilian merchants who offer their customer split payments which enable end-users to pay for goods in installments. iZettle and investor Banco Satander is offering this support to merchants who adopt its products.

He said one possibility for such an agreement is Pingit, the UK P2P payments service offered by Barclays Bank, although he declined to say whether talks with the bank have taken place. Swish, a similar service in Sweden backed by banks is another potential partner.

A link-up would mean an iZettle card reader attached to a tablet or smartphone could accept payments from a user’s smartphone.

In terms of adoption for its card reader, De Geer is elusive about numbers. He puts a figure of “a couple of hundred thousand” on iZettle’s base but would not reveal how many of this total are active users.