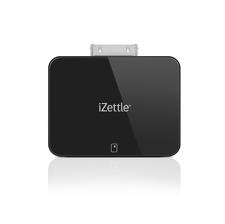 Mobile payments company iZettle, courtesy of its partnership with Banco Santander, has pushed into Brazil.

The announcement comes only weeks after iZettle opened up for business in Mexico – the first country outside Europe in which the Sweden-based firm launched its mobile payment service.

Like US-based Square, iZettle manufactures a small card-reader that plugs into iPhones, iPads and a number of Android devices.

The card reader in Brazil is priced at BRL99 ($41) but, as a promotional offer, is freely available for anyone who signs up before 30 September.

“The launch of a solution which offers secure and flexible mobile transactions with cards is something new in the country and will allow thousands of small entrepreneurs to have access to a service previously reserved for larger businesses,” said Cassius Schymura, payments services director at Banco Santander do Brazil.

As the exclusive banking partner of iZettle in the country, Banco Santander is looking to expand its portfolio of services for the SME market.

“Brazil is the world’s second largest card payment market, and the opportunity for iZettle to equip individuals and small businesses with card payment acceptance is immense,” said Magnus Nilsson, iZettle co-founder and chairman of iZettle do Brasil. He pointed out that 99.7 per cent of companies in Brazil are SMEs and micro merchants.

There are no upfront or monthly fees with iZettle. Instead, iZettle merchants in Brazil pay a 5.75 per cent fee on each transaction. This is a higher rate, however, than the 2.75 per cent commission that iZettle’s merchant customers pay in Europe.

According to the Financial Times, iZettle has raised more than €40 million in financing. It counts American Express and MasterCard among its investors. Banco Santander has invested €5 billion.