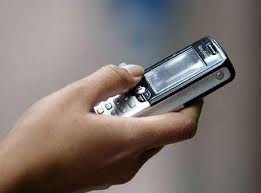 Europe risks a fragmented mobile payments market unless it improves areas such as interoperability, security and collaboration between leading players according to an internal European Commission document obtained by Bloomberg. As a result of a disparate development, the “largest and most promising global m-payment initiatives are currently launched outside Europe”, complains the document. It points to m-payment launches by both Google and Visa as examples. Interestingly it also mentions Apple in the same sentence yet the US company has yet to make a foray into mobile payments despite speculation it will do so. Nevertheless there is a lack of a “concrete European framework” says the document, with the implication that one is needed to address the perceived risks of fragmentation.

EC officials declined to comment on the document which provides an insight into the commission’s fears of non-European domination of a new area of technology, as well as its concerns about uncoordinated development of m-payments on the continent. However, some European companies are active in the global mobile payment market although admittedly probably none with the market power of a Google. As well as individual vendors active in m-payments, leading mobile operators are building their presence in the NFC market in Europe.