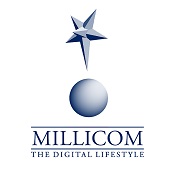 Including unkind currency fluctuations, Millicom’s organic revenue fell by 1.3 per cent in Q2, although recently appointed CEO Mauricio Ramos was upbeat about the group’s direction.

Headline revenue growth was 18 per cent to $1.7 billion, but excluding Colombian cable operator UNE, which was acquired in summer 2014, reduced the growth rate to nine per cent. And then exchange rate movements dropped revenue by a further $148 million (or 10.3 per cent).

But Ramos attempted to remain philosophical: “Whilst this is a fact of life working in emerging markets, Q2 was particularly severe, reducing like-for-like revenue growth by more than 10 per cent.”

“We are taking firm actions to mitigate the impact of the currency fluctuations by continuing to focus on operational efficiencies and tightly managing the group’s margins, which is why we were still able to post positive like for like EBITDA growth despite the currency impact on our revenues,” he added.

However, the company reported a $99 million loss for the three months, compared to a net profit of $186 million a year earlier. The loss was the result of a rise in non-operating expenses, including forex losses of $45 million and put options on minority interests of $40 million.

Generally, Ramos was satisfied with the operator’s strategy, which offers subscribers a package of mobile, cable TV and mobile financial services.

“Having completed my first 100 days as CEO I am convinced we are on the right track. The Digital Lifestyle is a great concept and we have articulated it further by more clearly defining an inspiring vision: to empower our customers to advance and enjoy life.”

“We have mapped out a clear and detailed operational strategy for how we will achieve our goals, converting potential into profits and increasing the cash flow,” he added.

He cited the passing of ten million users of mobile financial services as an example of progress.

Reflecting the impact of currency movements, Millicom changed its guidance for the rest of 2015. Revenue is now forecast in the range of $6.8 billion and $7.2 billion, down from a range of $7.1 billion to $7.5 billion.

Previous ArticleTele2 sees strong mobile growth in Q2 despite profit drop
Next ArticleQualcomm may break up, prepares to lay off thousands of employees — reports