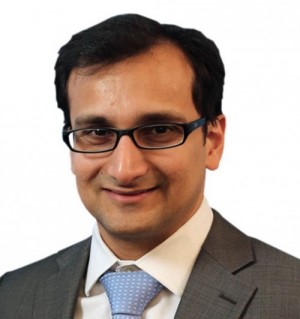 LIVE FROM GSMA MOBILE WORLD CONGRESS SHANGHAI 2015: Banking and financial services firm Citigroup believes operators have a key role to play in the mobile commerce space in Asia, although success will be dependent upon the way they adapt to the region’s hugely diversified market challenges.

He noted that more than 50 per cent of the world’s internet users are from Asia (28 per cent excluding China, 23 per cent from China). And with Asia internet penetration at just 27 per cent, there is significant room for growth. In fact, Asia is home to some of the world’s largest internet penetration (China is number one in sheer size) and the fastest growth (India is ranked number one in new user additions).

This can play into the hands of operators, argues Davé. “First and foremost, telecom operators play the most important role of providing the enabling infrastructure that underpins all of mobile commerce. Of course, they are also keen to participate in providing value added services to tap into additional revenues streams beyond just infrastructure.”

Emerging Asia
The Citigroup man claims emerging Asia offers mobile operators a “phenomenal opportunity” to provide mobile payment solutions that can accelerate the growth of mobile commerce, as long as the regulatory landscape is supportive of such ventures.

Low credit/debit card penetration among consumers (below 10 per cent) in these markets give mobile payment solutions a great opportunity to drive mobile commerce, believes Davé. “We have already seen this in China where 96 per cent of digital payment transactions are processed by third-party payment providers like Alipay. And several governments are taking steps in this regard; The central bank in India has authorised the creation of ’payments Banks’ – light banking entities that will provide stored value instruments for digital payments and remittances.”

Developed Asia
The ‘experience economy’ of developed Asia, as Davé calls it, is a more open playing field, “with several industry participants from banks to high-tech players to telcos attempting to create these seamless payment experiences or create platforms that enable these experiences.”

He notes that mobile is already disrupting retail experiences, with 60 per cent of retail sales being influenced by mobile (using mobile devices to check inventory, compare prices and purchase products at point of sale).

As a result of this more competitive environment for operators, Davé urges telcos to “carefully stitch together partnerships to create a successful proposition rather than attempting to create it all.”

Critical mass
Finally, reflecting on whether the mobile commerce market is becoming too crowded with numerous proprietary solutions on offer, Davé hints that this number could be reduced over time. “Competition is certainly healthy in creating the most optimal solutions for the consumer, however, any payment solution will require a certain critical mass for success.”