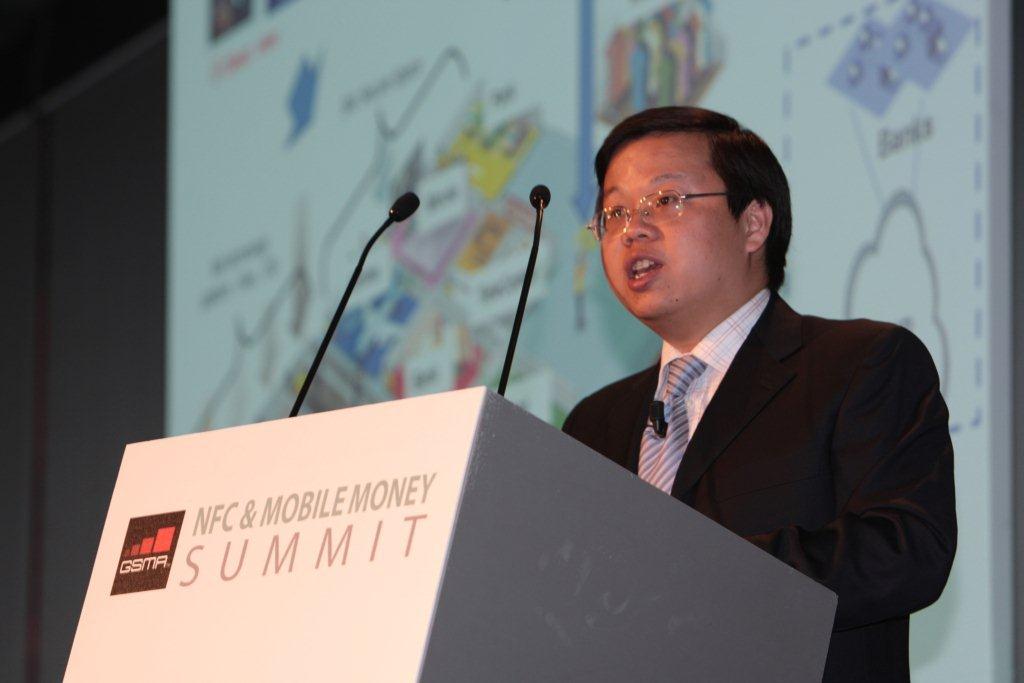 LIVE FROM GSMA NFC & MOBILE MONEY SUMMIT: China Mobile this morning outlined how it plans to deploy NFC, which it is currently trialling ahead of a commercial launch in 2013.

A further two brands, whose identity has not been announced, will also supply handsets to China Mobile.

One of Xiong Hui’s slides also refers to a manufacturer’s plan for 50 percent of their TD-SCDMA handsets to have NFC functionality in 2013.

And another slide included the objective for China Mobile of selling 10 million TD-SCDMA phones with NFC in 2013, while developing three million users, although the relation between the two numbers was not spelled out.

China Mobile will launch its NFC service in February 2013 in 12 provinces, although this could be more of a large scale trial than a full commercial launch which will start later in 2013.

The operator has joined forces with China Unionpay as its partner on its NFC launch which will use the latter’s contactless technology. The companies plan to build 100 demonstration points in 50 cities, while China Unionpay has ambitious plans for enabling point-of-sale terminals with NFC.